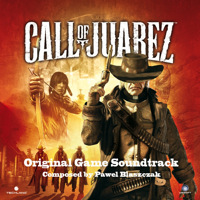 Set in the notorious Wild West, Techland and Ubisoft's Call of Juarez follows the story of Billy as he tries to clear his name after he is wrongly accused of his parent's murder. The music to this western is written by Pawel Blaszczak, a passionate game music enthusiast and member of the audio department of Techland. He produced a thematically rich acoustic-based soundtrack to match the emotional storyline and western setting.

"Billy's Theme" and "Huntdown", the initial tracks of the soundtrack, are good examples of what kind of music you will hear in the soundtrack. Compared to the music that dominates the games market today, they are slow-paced, thinly textured, and far from cutting-edge. Instead, they adopt a pastiche approach that fits extremely well with the game's setting and timeline. Expect emotional melodies inspired by Morricone's greats. Look out for instruments that sound authentically wild western, whether plucked or strummed. These are imitations of an established style, but are executed well enough both compositionally and technically to be good ones.

"Back Home" and "Free Hunting" are similar themes, which use a tender mixture of strings, guitar, and percussion. They beautifully portray the golden days where every town had its own proud and emotional history. The woodwind instruments are also an amazing addition to the soundtrack, as the shrieking but beautiful melodies they produce in tracks like "Indian Territory" capture the wild history of the American West. Vocals are also present, but only in "Redemption" and "Reverend Ray". Whereas the latter features an ominous male chorus, the passionate female vocals in the latter really carry the melody. It all contributes to the emotional storyline.

There are three types of suspenseful tracks in this game. The tracks like "Dark Disturbing" use brass and high pitched strings in the background to explain a dangerous situation, while the deceitful woodwinds in "Cowboys Valley" describe a mysterious setting to great effect. These tracks might sound a bit empty or slow out of context, but perfectly fit the image of the ghost towns in the game, where danger is sure to find you. There are also action-packed tracks like "Shootout" or "Dramatic Move", which have a more bombastic tempo than most of the rest of the soundtrack. They really rely on percussion to deliver the hits, while the strumming guitars continue to emphasise the western setting.

This soundtrack will not appeal to casual listeners, particularly those looking for the latest Hollywood bombasts. However, those who invest their time in slow themes and western stylings are bound to love this. It may not be quite as thematically rich as the Outlaws or Wild Arms soundtracks, but makes up for it by the way it elegantly complements the setting. The ambience is perfectly captured by the melodies, especially due to the organic and western sounding instruments. The textured action tracks are not adrenaline pumping, but are fitting to the style established in the soundtrack by Pawel Blaszczak and therefore never sound typical or out of place. Certainly a soundtrack to put on your iPod in time for a long and relaxing trip...

Album was composed by Павел Блащак and was released on December 31, 2005. Soundtrack consists of 23 tracks tracks with duration over about 45 minutes. Album was released by Ubisoft Music. 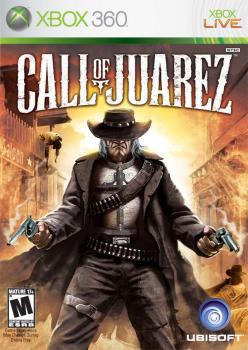