The graphics are utterly gorgeous, and the soundtrack is a wistful selection of haunting folk music. In a lot of ways, this game conjures up nostalgia for a time that never was; but this matters not. This is a game that single-handedly moves PSPs in Japan. Now we can see why. [Aug 2009, p.76]
100

Overall, Monster Hunter Freedom Unite is an entertaining game, and definitely well worth the price tag вАУ around $30 for 500+ hours of gameplay.
100

Freedom Unite is a huge game, and, naturally, a little intimidating. But not only are you getting the best installment of the Monster Hunter franchise so far (though Monster Hunter 3 will no doubt be just as grand), you're getting an enormous action RPG that gives you a lot in return for putting a lot in. And it can potentially keep you attached to your PSP longer than you ever thought.
100

There are few flaws. It's incredibly addictive, sure, but that's not a bug; it's a feature. Likewise, you can't save, or even pause the action mid-mission. Thus the stakes are raised, and the experience heightened. Each new challenge is maddening at first, and a cakewalk in hindsight - and each hunt is a thrill.
95

A great upgrade for Freedom 2, and having the ability to take Felyne's into combat is a nice addition for those stuck with solo play.
91

Great atmosphere, stunning visuals and hundreds of hours of gameplay make PSP Monster Hunter a must have. If only the camera controls work as designed. [Aug 2009]
90

We will just say that we can't stop playing it until dawn, even having to go to the office the next morning. That's how great this game is.
90

Monster Hunter Freedom Unite offers everything to everyone. There is no PSP game today that sports the same depth and amount of game time and even though you might think the genre of action role-playing isn't for you, think again because this is the best thing that has happened to the console in a long time.
90

Small improvements, lot of content for newcomers and expert players who loved Freedom 2. An exceptional game that needs planning, training and patience. Are you ready for this challenge? Prepare yourself for one of the best gaming experiences in your gaming life.
90

Freedom Unite is like the cube from Hellraiser that takes you to a world of ultimate pain and pleasure. The only major flaw: Capcom gives us ad hoc gameplay with local friends, but no real online multiplayer support. How many units does a franchise have to sell before you throw us a bone?
90

These small issues aside, Freedom Unite is an excellent Monster Hunter title, and it's certainly the place to start if you're new to the series but have been meaning to give it a go.
90

It's incredibly addictive. A great upgrade for Freedom 2 and one of the best PSP games today.
88

A game that doesn't only impress with the well-done graphic, but with its varied course and the exciting story of the game! Sometimes it takes a little time to load, but that can be easily excused.
87

Played as a single-player game or with a hunting party composed of friends, this is Monster Hunter game that gives even the console original a run for its money. Unite doesn't really change the story introduced in the last Monster Hunter game but there are more missions and extras to make this a much bigger game.
85

One of the most exhaustive, expansive and compelling RPG experiences on the market.
85

It is an incredibly addictive grinding game with a huge world to explore. [July 2009]
85

f you persevere through your first impressions, you'll discover a remarkably rich experience that just gets better as you go on.
85

Monster hunter Freedom Unite lays the foundations for more small-scale MMORPG games and proves that they can be done successfully with handheld consoles while still remaining action orientated to appeal to hack & slash fans.
85

Freedom Unite achieves what it promised, to expand the original concept with the broadest entry of the series to date. For its durability, it is one of the best games for the money on the PSP today.
85

Monster Hunter Freedom Unite is a huge game, with hundreds of weapons, armors, items and monsters to hunt. It delivers some of the best graphics ever seen on a PSP (the textures in particular), and the multiplayer mode is a blast. Definitely the best Monster Hunter so far.
85

Unite is an excellent game for those that haven't played Freedom 2. Otherwise, it's just a fun and addictive addition to an otherwise excellent game that already exists.
84

Monster Hunter Freedom Unite has the gameplay chops to make it a lasting staple in the PSP library, get yourself a copy and tell your friends to join in too, you won't be disappointed, especially if Phantasy Star was your thing back in the day.
83

Monster Hunter Freedom Unite is a quality product. It offers a thorough and interesting gameplay - albeit not so various - thanks to a considerable amount of collectibles and monsters. It does have some minor glitches here and there, but technically speaking it is worth the money. It also boasts an excellent co-op mode worth hours of shared fun.
82

Its experience is as rich as you've come to expect from a Monster Hunter game, and it adds enough new features to keep veterans engaged. It's still not as newcomer-friendly as we'd like, but once you overcome the initial hurdle, you'll find a lot in here to keep you busy.
81

It requires enormous quantities of patience, planning and persistence. If you're up to the challenge, prepare yourself for one of the most rewarding opportunities in gaming.
80

Monster Hunter Freedom Unite is an excellent update to the already impressive Freedom 2 and features an unbelievable amount of new content and end-game potential. [Aug 2009, p.116]
80

Despite the cooperative mode for four players, just the main mode alone offers hundreds of hours of longevity.
80

Unite offers welcome improvements (the game install, the ability to stack items in your box, and new monsters) but is pretty much the exact same experience people were playing two years ago.
80

Monster Hunter Freedom Unite is a great place for newcomers to jump in -- provided they have the setup to play with others in some form. Without that, or for double-dippers, I offer a far less enthusiastic recommendation.
80

It isn't perfect, but despite a number of shortcomings and some control foibles, there is undoubtedly something about Monster Hunter- Freedom Unite to keep you going back for more punishment.
80

It will eat up your life; maybe even take it away with the insane amount of quests you have to take upon.
80

Monster Hunter Freedom Unite is epic, looks good, got great sound and brings a lot of content to play with. It also brings enough challenges for the hardcore gamer. The downside of the game is the bad camera and the long loading times.
80

Monster Hunter Freedom Unite is not a perfect game, but it is a pretty awesome one.
80

It's a no-brainer for fans of the series, but noobs will struggle even with the low-end missions for at least a few hours. Be patient because investing time in tutorials and online guides yields a very worthwhile game. [Issue#181, p.77]
77

There is simply so much content in Unite, it gets my recommendation sheerly on a bang-for-the-buck basis.
75

Unite doesn't offer the kind of transformation at its higher levels that you might expect вАУ the essential purpose is the same throughout: kill monsters, craft new shin pads out of dino-bladders, and swap your pig's wings for a magician's hat. Nonetheless, these simple motivations give way to a huge depth of execution which empowers and requires four players.
70

I can only tell you that the game isn't for me, but it might be for you. If it is, it's probably the best value PSP game ever released. If it isn't, then it's a slow, mind-numbing exercise in masochism.
70

As a hack-n-slasher, Monster Hunter Freedom Unite has a ton of replay value, depth and challenge. However, the steep learning curve and the fact that combat becomes repetitive after a while, make that this game isn't for everyone. The lack of online multiplayer is a miss as well.
70

To grade a game like this is as difficult as it is irrelevant. The appeal of this game is solely based upon you personal preferences in games. If you're into fast paced action games this not a title for you. If you're into intricate battles and spending obscene amounts of hours collecting loot this is definitely well spent money on your behalf. Played solo this is passable but when played in multiplayer with friends this is as close to a portable MMO as you'll get.
70

Even with tens of hours of new content and welcome improvements over its predecessor, Monster Hunter Freedom Unite has yet to hunt down a few critical annoyances.
65

It may be big in Japan but there's little here that is new, in this still deeply flawed mini-MMO.
60

There are over 400 missions, which is insanely impressive and the depth of the weapon and armor customization is ridiculously. But in the end, all that content feels kind of wasted due to the horrible camera and lackluster combat.
60 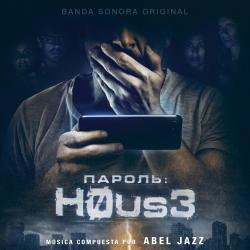 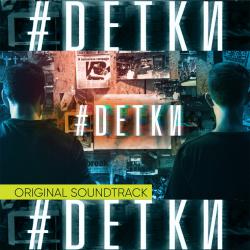