The harder boss fights, longer levels, destructible environments, and the on-foot levels add to the already amazingly fun to play and, in my opinion, one of the best XBLA games making it a must buy if you were a fan of the original and have some points to spare.
90

The harder boss fights, longer levels, destructible environments, and the on-foot levels add to the already amazingly fun to play and, in my opinion, one of the best XBLA games making it a must buy if you were a fan of the original and have some points to spare.
90

If you're a fan of dual-stick shooters, or want a game that accurately represents the genre, there's no better choice than Assault Heroes 2.
87

A very fun XBLA title and is a prime example of why gamers love the advent of XBLA so much.
86

It changes and improves elements from the original while still holding onto what everyone loved about the first game.
85

Assault Heroes 2 is not quite as revolutionary as the original, but adds enough new features to keep the experience fresh and fun.
85

A game that all LIVE Arcade players should check out, and a must purchase for fans of the original.
85

Assault Heroes 2 is a down-and-dirty hoot.
83

This is not the type of game that you'll want to play the heck out of for a week straight. It's best enjoyed in short bursts when you're in the mood for a little bit of frenzied shooter action.
82

This game is so rammed full of air-punching testosterone and screen-shaking explosions we're surprised it wasn't developed by Sylvester Stallone. [Issue#34, p.117]
80

The visuals look better than before and the co-op support is great, both off-line and through Xbox Live.
80

Assault Heroes 2 is a great shooter which may be added to the top of the Marketplace. The money you have to put into this game will be greatly rewarded. So if you are bored to death with the latest games, then Assault Heroes 2 will definitely brighten your day.
80

For a mere $10, Assault Heroes 2 is hands-down one of the better values on the Xbox Live Arcade.
80

When it's all said and done Assault Heroes 2 has a lot to offer for it's price, and does so in a very slick package.
80

A must if you're a shooter fan and haven't played the original. If you have the original and enjoyed it then again it's a must. If you don't like shooters? Get in anyway.
80

This game is so rammed full of air-punching testosterone and screen-shaking explosions we're surprised it wasn't developed by Sylvester Stallone. [Issue#34, p.117]
80

Despite its flaws, Assault Heroes 2 is a fun and functional arcade shooter that just about anyone can enjoy. Its simple control scheme feels good, and although it is brief, the game is definitely worth the price of admission.
75

If you are a fan of the genre or are just looking for an excellent arcade experience, you honestly can't go wrong with AH2.
74

Assault Heroes 2 is therefore basically more of the same, with some decent new bits but precious few fresh ideas.
70

Not ground breaking or genre-busting but certainly not completely hideous.
70

If you're a fan of the original Assault Heroes game and you've been itching for more, Assault Heroes 2 is perfect for you. For everyone else, though, it's a tough call. The game adds a few new extras here and there, but it seems a little weak as far as sequels go.
70

Despite the high overall level of polish, Assault Heroes 2 feels like an overlong expansion pack - and at $10, it's one that costs twice the price of the original. Good game? Yes, but a tough sell.
70

Ultimately though, Assault Heroes 2 is a great little game for shooting fans in need of fresh distractions.
70

If you have points to spare, or don't mind plunking down some cold cash to obtain a few, you cannot go wrong with this fun title.
60 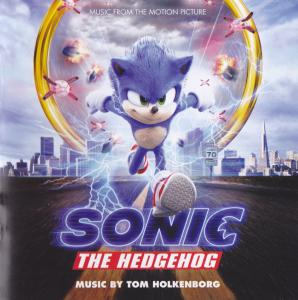