What does make it great is that it actually delivers on nearly everything it promises while still being fun to just pick up and play.
100

How do you improve on perfection? We'll tell you how: Take the same genius game that you played last fall on the PS2 and give everything a fresh coat of pixel paint... Then, remove the long load times, allow us to save 30-second replays to the hard drive for those you-won't-believe-this-booshiz moments and create personalized radio stations by ripping your CD collection to the hard drive.
100

PC owners definitely will fare better than their Xbox counterparts in this particular gang war.
100

The PC version suffers from a few technical glitches and generally looks a little dated compared to other PC titles, but still feels like an improvement over the PS2 version, and is filled with weeks of gameplay and unforgettable moments. It's not to be missed.
100

Sure, the instant replay feature was left out, but this is a mostly untouched Grand Theft Auto: San Andreas, one of the best games ever made, and now a version of it can be played on the PC with the best controls and graphics available.
100

Tallying things up, that's three points (improved graphics, load times, custom music) that put the PC version above the PS2 for everyone and one (mods) that appeal to some, with two slight negatives (gamepad glitches and lack of multiplayer missions) that bring it down a bit, but only affect a small chunk of users.
100

What does make it great is that it actually delivers on nearly everything it promises while still being fun to just pick up and play.
100

Kudos to Rockstar for actually including gamepad support for the PC!!
98

Given the wonderful environment design, new RPG elements, and extremely well done "gangsta" theme, Grand Theft Auto: San Andreas comes as close to perfect as anything in the past few years.
97

It will surely take up hundreds of hours to even the most casual of gamers.
97

More cars, bikes, planes, helicopters and boats (and even a hovercraft) then any previous GTA title plus the sheer size and longevity of San Andreas mean this just has be a part of any self respecting gamers collection.
97

Rockstar has delivered their best PC port of a GTA game yet with San Andreas.
97

The greater sense of immersion provided by the crisper graphics and big improvements to pedestrian combat make this a vastly superior version of the game.
96

This game is more than a game, and it's also more than a movie. It's a virtual playground, true, but its characters and main protagonist are human and real--albeit living by an extremely warped version of the conventional system of morals.
95

It is the perfect crime game.
94

If you already own another version, you'd be silly to purchase it again, but if you don't have any copy of the game yet, you should only opt for a console version if you want to play in the living room with some friends watching. Otherwise, grab the PC version for the best experience.
94

A huge game. If you're into exploring and finding all the secrets, this should keep you entertained forever. Story gamers will find plenty to keep them occupied as well.
93

There's an unbelievable amount of things to do and fun to be had, much of it at the player's whim.
93

It's not perfect вАУ there's still the odd gripe here and there, and wheeling the same game engine out for the next instalment would be unforgivable вАУ but SA is easily the most polished instalment of the series to date.
93

The crown jewel of GTA games. The most missions, the biggest cities and the most immersive character building of any previous GTA games makes this a sure-fire hit.
92

There's a mind-boggling amount of stuff to do.
92

A jack of all trades and a master of some - San Andreas tries astonishingly hard to let you do anything. And so long as you don't crave any meaningful character interaction outside of mow down with a monster truck first, ask questions later, it very nearly manages to pull it off, too. [Aug 2005, p.88]
92

I wish you all the fun in the world playing GTA: SA but I should also warn you about its length. Be prepared with lots of smokes and beers around (I'd rather have a few bottles of tequila, but that's just me), because it could keep you busy for a very long time.
92

Why is Grand Theft Auto: San Andreas such a great game? To put it simply, the game is huge. It has such a variety of things going on that almost everybody can find a part of it that they enjoy.
92

San Andreas (Rockstar Games) is neither PC nor up to general PC standards, but damn great fun anyway. [Aug. 05]
92

By far the biggest game in the series. Gamers who aren't turned off by the nefarious and illegal activities will find this to be one of the most engrossing games ever produced.
90

Casting morality aside for one moment, GTA: SA is a glorious thrilling ride of delinquency. It offers just enough freedom, and more than enough violence, to make for a truly epic game.
90

The mouse-keyboard combination does take some time to get use to, but if players have a good gamepad then San Andreas PC becomes much easier to overall control.
90

By far this is the best version of the game available, simply because of the graphics and reduced load times. You will need a workhorse to have it run smoothly, but it's definitely worth it in the end, whether you've an old homie of CJ's or you've just been introduced.
90

A game with atmosphere and style, and should keep anyone busy for months.
90

The standout feature of Grand Theft Auto: San Andreas is the expected graphical superiority over its console counterparts. But for the audiophiles, the ability to design and play your own custom radio station is a feature every game needs to have from this point forward, end of story. DEMAND IT!
90

The fact you can complete the main storyline and still only be 30% into completing the game really shows you how much depth Rockstar have included in the game.
90

It has the same impressive depth and ability as the highly acclaimed PS2 version.
90

A high brandwidth assault on the senses.
90

The best version of one of the top games of this generation - buy it now.
90

San Andreas for the PC has the most to offer. But considering the steep system specs and the key binding headaches, casual players may find that it's more trouble than it's worth. [Sept 2005, p.52]
90

Despite the niggles and the fact that the game could be so much more expansive and technically improved on the new platforms, Carl Johnson and his homeboys epic odyssey is something everyone interested in games should check out. [July 2005, p.74]
90

A remarkable roster of stars help voice many of the characters, and an important part of the era's music has also found its way into the game.
88

The experience is still amazing... and that the gameplay is still really, really broken in many areas. Each new port brings with it a handful of new features, yet none of them are anything more than mere tweaks.
85

I don't enjoy the gameplay enhancements that Rockstar put on the game where it becomes more of an RPG with doing the upkeep on C.J. I also don't enjoy the subject matter much with all the racial epitaphs flying around.
84

PC diehards will be less tolerant of its keyboard/mouse control scheme, poor save system and lack of "Restart Mission" option, even if the game does have a lot of positives.
78

Just seems to be a poorly designed port of a rather good console game.
74

I honestly cannot give Grand Theft Auto: San Andreas a decent score in good conscience just because this could have easily been so much better as a PC title Let's hope some patches roll around quickly to resolve the worst of the damage.
70 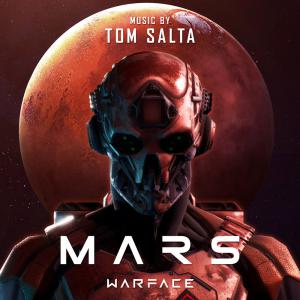 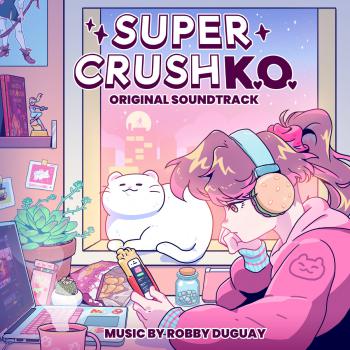