Sonic 4 represents everything that any fan of the franchise could ever wish for: a marvelous level design and a gameplay that proves, once again, to be one of the finest examples of intense platforming.
90

The fact is, Sonic 4's first episode is so much fun that it makes you forget about the world and think of nothing but the game. It encapsulates the pure thrill of gaming that many contemporary titles seem to comatosely forget.
90

Sonic is back and is as fast and smooth as ever. Can you download as fast as Sonic can run? If so, get that game now!
85

A joyous return to form for the series that makes us very excited about what's in store for future episodes. It's great to have Sonic back, it's just a shame it's all over so quickly.
84

Whether or not this means the triumphant return of Sonic, this game is worth your time if you can appreciate classic gameplay without the classic frustration it usually brings.
84

Sonic 4: Episode 1 is a short, but well-crafted entry in the series. It's hurt by a lack of innovation and a relatively high price given that it's basically half the length of a regular side-scrolling Sonic, but still carries a pretty hefty $15 price tag. If you're a casual Sonic fan, you're probably better off waiting for it to be discounted at some point on PSN or as an Xbox Deal of the Week, but series die-hards will definitely get $15 out of it between playing through it, then replaying stages for better times and leaderboard scores.
82

Sonic is back and is as fast and smooth as ever. One of the best Sonic game in a long time.
82

Sonic 4 is a return to the 2-D style of Sonic gameplay with redone stages from older games and an overall compilation of gameplay from Sonics 1-3.
80

Sonic returns to his back-to-basics best.
80

Sonic 4 is short, but sweet and well worth downloading.
80

Sega has taken the classic Sonic formula and finally repeated it with success. In this case "less is more". Once you add in some small additions that were developed during the 3D era you get a solid entry in the sonic franchise.
80

It may not be the be all end all Sonic game that professed enthusiasts like myself have been waiting 15 years for, but Sonic 4 is a fun, frenetic download for fans and newcomers alike.
80

It's not a perfect retro revival and can be blown through in a few hours, but this is a much better-and purer-Sonic experience than we've seen in years. The difficulty can range from easy to very hard; the final boss is particularly ridiculous.
80

Oh, and the "physics" are absolutely fine, you whiny bastards.
80

Sonic is back, and it feels like 1991's Sonic The Hedgehog. SEGA and Dimps worked together to bring back the best platforming game of the golden era of the character. Impossible jumps, terminal velocities, and a blue shadow that spins and rotates while collecting rings and freeing the animals of the forest held by Dr. Eggman.
80

It has the flavour of the original Sonic, but refined. It may result too short for its price, but it is very replayable.
80

Altogether I feel like it's a great throwback to old Sonic games, but at the same time I wish it was a little more refined and had removed some of the annoyances I had with the previous 2D Sonic games.
75

Most importantly, it nails the fun of hitting springboards, bouncing off enemies, and defying gravity with pure speed. While hardly perfect, it's solid enough that even reviving the old "Se-ga!" before the title screen feels appropriate. After a decade of missteps, Sonic has earned it.
75

Sonic is finally back. Not that he was away, but he hasn't been in this sort of shape since the Genesis-days. That is not to say that he's completely like the old Sonic, because there are plenty of little niggles here for the fans to get irritated from. Still, he's fast and runs from left to right, just the way we like him.
70

This isn't the sequel we've been yearning for all these years. It's a fancy looking homage; a game that regurgitates old levels with shiny new visuals. Sonic 4 does a fantastic job of recreating the retro Sonic experience that defined many a childhood, but ironically this could be considered its biggest shortcoming.
70

Regardless of its faults, Sonic the Hedgehog 4 is a fun, frantic game that redeems The Fastest Thing Alive in a way that was drastically needed. If you're a Sonic fan who doesn't mind parting with the points, this is one download you certainly won't regret.
70

The game still feels a bit light on content at $10, but Sonic fans will still find it a worthy investment.
70

Some may say that there is no place for Sonic in 2010 and that that the game is dated and boring by today's standards. But I say Sonic should be given a chance, and that there are plenty of people out there who have never played a Sonic game the way it was meant to be played.
70

With a toe-tapping soundtrack, glitzy presentation and obvious accessibility, Sonic 4 Episode 1 has much to be proud of. Gamers who recall the early nineties and yearn for a simpler time when true 3d was restricted to bad sci-fi movies should lap this title up, but there's definitely a sense that it could, or indeed should have been more.
70

Some may say that there is no place for Sonic in 2010 and that that the game is dated and boring by today's standards. But I say Sonic should be given a chance, and that there are plenty of people out there who have never played a Sonic game the way it was meant to be played.
70

You've come a long way, made some mistakes, and now you're trying to make amends for them. It shows a great amount of maturity on your part to admit that you're flawed and can be better a perso-er-hedgehog, but you've still got a long way to go before things are back to the way they were between you and me.
67

This faithful but inconsistent throwback to the earliest Sonic games mingles high-speed thrills with a few too many frustrations.
65

Sonic the Hedgehog 4: Episode 1 is a fairly good Sonic game that brings the franchise back to school, but several shortcomings prevent it from reaching greatness.
65

If you like your gameplay oldschool and you still harbor a crush for Sonic in his most primitive form, this is the closest you'll come to a Sonic 4 for Genesis. For everyone else, save your points and avoid this game like it's got the monkey-flu.
62

Sonic 4 is neither straightforwardly heinous nor a glorious return to form. It's a beautiful homage, and on balance an enjoyable one, but things aren't as uncomplicated as you might hope.
60

Not the triumphant return we was hoping for. It's a big no-no with so-so controls in a Sonic game.
60

Sonic 4: Episode 1 is a train wreck for Sonic fans. It makes Mario look good, and remember, Sonic was a character made to compete with a short, fat, ugly plumber.
55

It's a brief, underwhelming and unchallenging experience that never really gets up to speed as a sequel -- never mind a particularly good platformer.
50

If fans would like to hear a mockery of Sonic name, then Sonic the Hedgehog 4 should be at the top of their list for soundtracks to listen to.
45

Sonic The Hedgehog Episode 4 seems to be more of a Sonic the Hedgehog 1.2 (calling it "A.5" would put it too close to the brilliant Sonic 2...). The levels don't surprise, the soundtrack bores, and more importantly the blue hedgehog's inertia and dullness make it a real disappointment in 2010. We'll try not to resent it too much, since it's a rather cheap downloadable game, but it's still a very short game as well. Love is blind, so some may still enjoy it, but we'd rather advise them to try out the DS games, which are closer to today's expectations of a 2D journey with the supersonic hedgehog.
40

Sonic the Hedgehog 4: Episode 1 is more than a below-average platformer. It feels like the last nail in the franchise's coffin. If this game couldn't take the series back to its glory days, it doesn't seem like it'll ever get there.
40

Sonic 4 is an utter mess of a game, cobbled together in a manner that puts the entire franchise to shame. It feels sluggish, broken and lazy, but at least it only lasts a couple of hours!
40

Sonic 4 is an utter mess of a game, cobbled together in a manner that puts the entire franchise to shame. It feels sluggish, broken and lazy, but at least it only lasts a couple of hours!
40 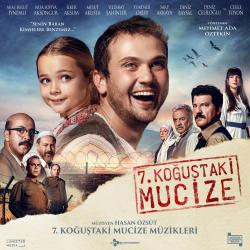